Mob programming is when the whole development team works on the same thing, at the same time, in the same space and with one shared computer, screen and keyboard. I’ve been working as a software engineer in a development team where we’ve been mob programming for well over a year, every day, without exceptions. We’ve noticed an enormous boost in productivity and we really feel that we make the most use of the team’s overall brain capacity to solve problems and to ship high quality software to our users. But it’s not always that easy. We’ve learned to master this way of working the hard way, by continuously improving on our processes.

In this presentation I will give an introduction to mob programming, the effects we’ve seen, why you should consider this way of working and some tips and tricks that we’ve learned along the way.

Mob programming is an evolutionary step to Pair Programming

multiple people work together and share one screen and one keyboard

main storyline is not from Spotify, but from a previous customer

we did not have a process in place

we had heard from teams that tried it, but didn’t work for them

if you really want to succeed, do not give up, you need to put some effort and investment in this to make it work

we did not give up, had retrospectives every second week to discuss the matter and how to make it better

One of the Biggest Problem

it felt like being in the middle of a hen house

everyone talks over each other, a lot of noise

=> focus on flow and on the problem here to solve

when you see a commit can you be sure it is that person that did the change?

=> add the names of everyone present in the commit message

Someone hogs the keyboard for quite some long time

how can we make sure everyone is always engaged

if you know you will have the keyboard in 5 min time, you will pay attention so you are able to move on

It is dragging to be continuously focussed

divide the work in half an hour slots then go back to your desk do some other work, get some coffee, do that phone call

when you think of how to solve the problem, you should not have the keyboard

it ensured the quality of the code base improved

but we realised we didn’t really did TDD, test first

couch is not super from an ergonomics point view (back pain, …) 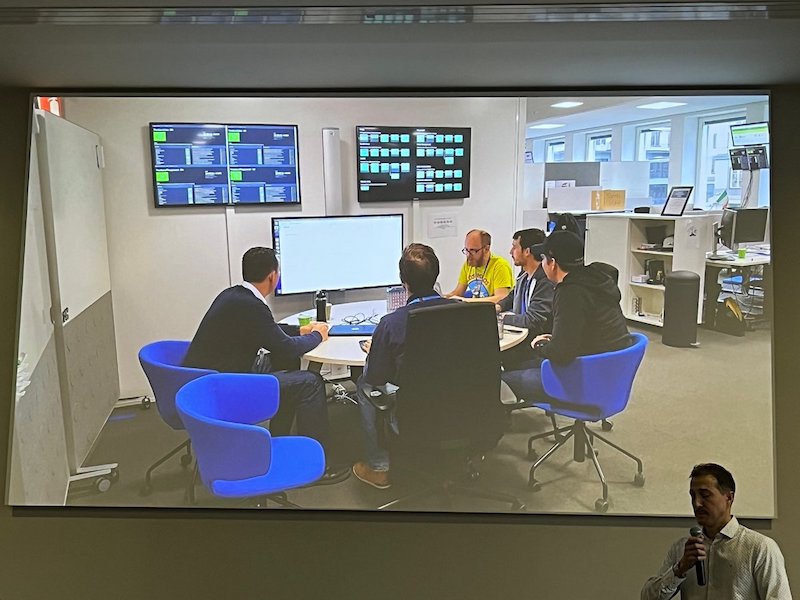 not a requirement for Mob Programming

but amplifies many of the benefits of Mob Programming

we only used trunk-based development

we are all working on the same thing, it doesn’t make sense to create a branch

one misconception is that we can’t work in parallel

while the team is busy implementing the business logic, someone else can look at the SQL queries

when arriving at the point the SQL queries need to be called, it’s there, ready to be integrated

you can use all the skills present in the team

decisions were just taken on the fly, we did not have to wait for a meeting room, everyone to be present

Kanban board only had two swimlanes

If you are 7, you should split the mob

we’d better define when it is ok to start work

if we know we are blocked by a dependency, we do not start work

compared with when we worked solo