Most of us know about Conway’s adage “Any organization will produce a design which is a copy of the organization’s communication structure.” But Conway coined four laws in his 1968 paper “How Do Committees Invent?” What are the other ones? Why are we not talking about them? And what do they tell us about optimizing teams in a distributed world?

Note: The notes were taken based solely on the slides without the voice over.

Here and there I’ve added my own observations in an italic paragraph or when notes takes up several paragraphs in between horizontal rules.

Any organization that designs a system (defined more broadly here than just information systems) will inevitably produce a design whose structure is a copy of the organization’s communication structure.

=> A system’s design is a copy of the organization’s communication structure.

Adding manpower to a late software project makes it later.

A measurement of the “cognitive limit to the number of individuals with whom any one person can maintain stable relationships.”

=> As brain size increases, so does group size. Human group size as predicted by Dunbar’s model comes out to about 150.

=> make the teams as small as necessary

Assessment: If you don’t have a personal relationship with every member of your TEAM, your team is probably TOO BIG.

Satisficing is explained as a consequence of limited cognitive capacity.

=> Not enough resources? Give up features.

ETTOs are “normal” and result in success more often than failure.

=> the enemy is intractability.

A problem that can be solved in theory (e.g. given large but finite resources, especially time), but for which in practice any solution takes too many resources to be useful, is known as an intractable problem.

=> make the solution as small as necessary

Assessment: If you (or your team) cannot explain ALL the code in your release package, your release is TOO LARGE

relates to Dan North - keep code as simple as possible, code that fits in your head

Guidance: Execute many SMALL releases instead of a few LARGE releases.

a transformation of one set into another that preserves in the second set the relations between elements of the first.

Assessment: If you have to hold a release until some other team is ready, you are not an INDEPENDENT TEAM

How engineers mitigate (anticipated) problems with dependencies on other teams?

There were five strong responses that minimize the dependency itself, and two that adjust the project schedule.

The structures of large systems tend to disintegrate during development, qualitatively more so than with small systems.

=> Conway’s Fourth Law tells us: TIME is against LARGE teams

=> Size/Complexity: The more complex and bigger [the product is] the higher the risk of failure. 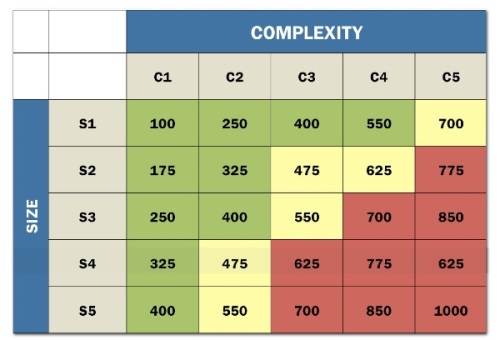 Assessment: If your release dates are often missed, your SCOPE is TOO BIG.

Guidance: Aim for a SCOPE that supports a release cycle of two weeks or less.

This relates to Team Topologies’ team interactions, specifically the collaboration mode. Teams should collaborate for a limited period of time when in discovery mode or be facilitated/coached to learn and adopt new practices and ways of working. After discovery, when back in delivery mode, teams should go back to x-as-a-service mode with a defined, clear team boundary. Facilitation and coaching will stay regardless if in discovery mode or delivery mode.